On Sep. 6th, the winners of 2020 Future Science Prize were announced in Beijing on Sunday. Prof. LU Ke, Director of Shenyang National Laboratory for Materials Science (SYNL), won the Future Science Prize in physical sciences for his pioneering work in synthesizing and discovering nano-twinned structure and gradient nanostructure that simultaneously exhibit superior strength, ductility and conductivity of copper.

Prof. Lu and his team have made an important breakthrough on strengthening metals without compromising desirable properties. He and his team discovered that two types of novel nanostructures can greatly strengthen the mechanical strength of copper while keeping their superior ductility and electrical conductivity.

Strengthening of metallic materials has been one of the core scientific challenges in the field of material physics for decades. Traditional strengthening strategies for materials are based on introducing various types of defects to resist dislocation motion. They invariably compromise ductility or electrical conductivity. The strength-ductility and strength-conductivity trade-off is a long-standing dilemma that limits traditional approaches to prepare metals and alloys. A method that strengthens metals without compromising other useful properties has been an unresolved challenge for material researchers for decades.

They found when nano-scale twins are incorporated into copper, its strength can be elevated by one order of magnitude and at the same time maintain a tensile ductility and electrical conductivity comparable to that of normal copper. Their novel nano-twin strengthening method has been successfully applied to a number of material families to achieve superior properties, including other metals, steels, turbine disk superalloys, intermetallic, semiconductors, ceramics and diamond.

Following the above discovery, Prof. Lu and his team made another related important discovery that a spatial gradient distribution of grain size from nano-scale to macro-scale can effectively delocalize strain concentration, and hence enhance plastic deformation of metals. Applying this method, they can double the strength of copper while maintaining its tensile ductility unchanged. This method has been successfully used at industrial scale.

Future Science Prize is a privately funded science prize established by a group of renowned scientists and successful entrepreneurs in 2016, aiming at recognizing scientific breakthroughs and innovations in the Greater China region (including Mainland China, Taiwan, Hong Kong and Macau). The Prize is funded by highly respected entrepreneur donors with immense social contributions who cherish the value of scientific development. Laureates of the Prize will be selected regardless of their nationality, as long as their achievements are original and innovative, have long-term significance or have passed the trial of time. 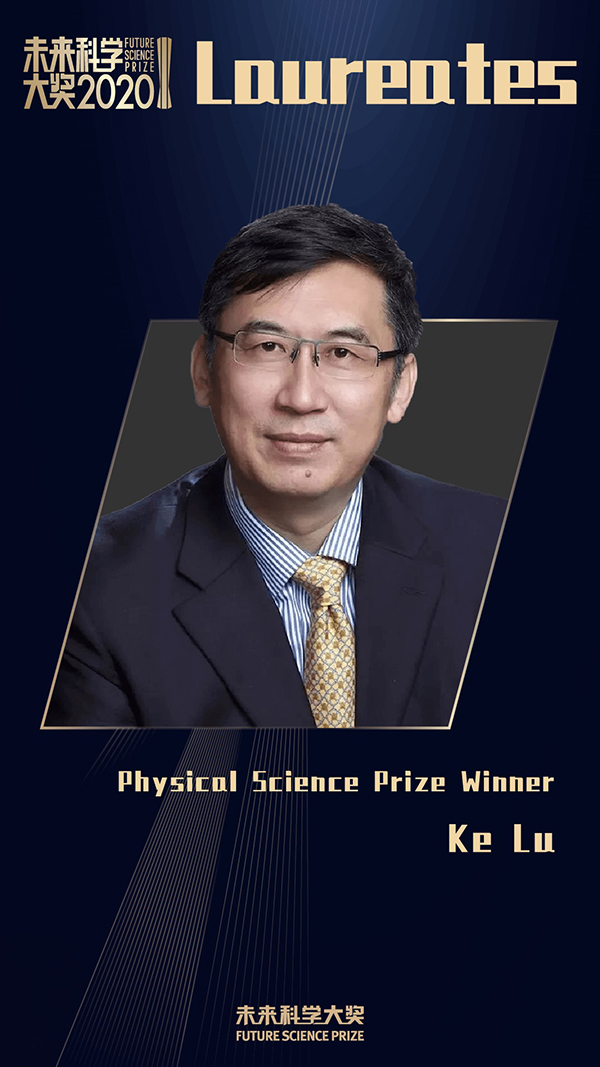