On January 26th, 2021, the “2020 SYNL Annual Academic Seminar” was successfully held by Shenyang National Laboratory of Material Sciences (SYNL) in the Institute of Metal Research (IMR). Conducted via the intergration of online and offline meeting, this year’s academic seminar was broadcast live on the Internet to researchers and graduate students of both SYNL and IMR. Academician Lu Ke, Director of SYNL, Liu Gang, Deputy Director of IMR, heads of Administration Departments, leaders of the SYNL, and heads of SYNL Research Divisions attended this seminar.

Liu Gang, Deputy Director of IMR, delivered the opening speech. Zhang Jinsong, Deputy Director of SYNL, and Li Xiuyan, Deputy Director of SYNL, presided over the first and second half of the seminar respectively. Continue the tradition of “telling stories”, each research division and sub-division reported their construction progress and representative scientific research achievements in 2020. The participants interacted both online and offline and had a heated discussion on the issues of interest. Technical Support Division, SYNL office and Technology Adminstrition Office delievered work summary respectively. At the end of the siminar, Academician Lu Ke made a concluding speech. Academician Lu introduced the current situation of Chinese science and technology as well as the reorganization of the State Key Laboratories, emphasized the importance of scientific ethics and academic atmosphere, and put forward his expectations and requirements for further strengthening academic exchanges and cooperation under the normalization of epidemic prevention and control.

With the support of the Ministry of Science and Technology, CAS, Liaoning Province, Shenyang City and IMR, SYNL has enjoyed full development. A number innovative achievements have been achieved. Foreign cooperation system has been continuously improved. The year 2021 marks the 20th anniversary of SYNL. Looking ahead, SYNL will forge ahead, and continue to contribute to the advancement of science and technology, national development and common progress of mankind. 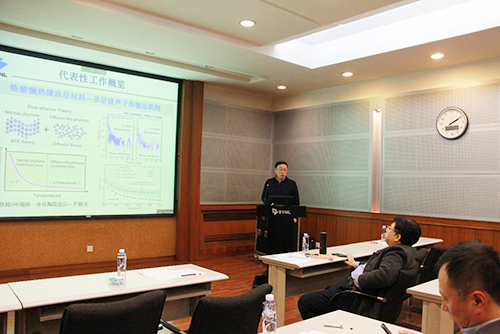 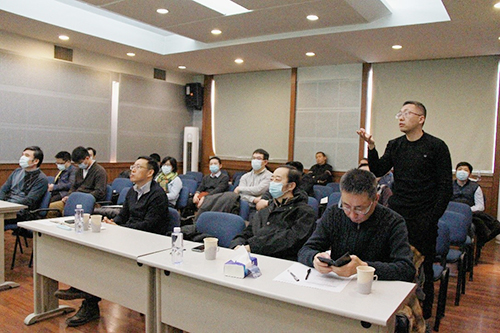